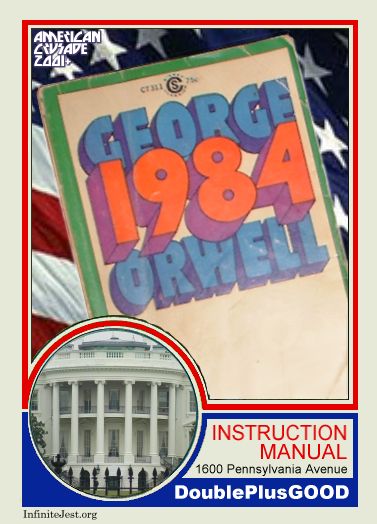 “The accumulation of all powers, legislative, executive, and judiciary, in the same hands, whether of one, a few, or many, and whether hereditary, self-appointed, or elective, may justly be pronounced the very definition of tyranny.” – James Madison

Everywhere we look in our modern culture, within the current climate of fear and complete ignorance, those with open eyes can easily witness the growing tyranny and oppression spreading uncontrollably all around us in this high-tech, electronic prison camp that we have allowed to be erected all around us and which intrudes upon every aspect of our lives. With each passing moment it seems, the noose of autocracy tightens its grip while freedom diminishes at an ever-alarming pace as the totalitarian superstate places itself on full display all around us. Now, you can embrace this painful truth of history repeating itself or you can remain in stark denial, clinging onto your perceptual illusions that all is well and that you are free. Your forefathers tried to warn you of what would happen if you became too complacent and were not vigilant but you didn’t listen, and now you will pay the price for it.

Totalitarianism is a political system in which the state recognizes no limits to its authority and strives to regulate every aspect of public and private life wherever feasible. A distinctive feature of totalitarian governments is an “elaborate ideology, a set of ideas that gives meaning and direction to the whole society.” Totalitarianism is the most severe and extreme form of authoritarianism.[1]

The modern dictionary definition of totalitarianism is: 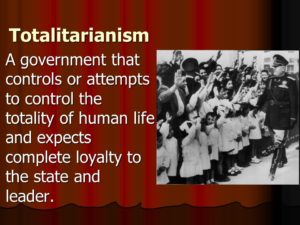 This is the human condition, the struggle throughout our history as a species; the competition between freedom and tyranny.

The situation that we have here, is that a small, ruling class, ultra-rich oligarchy (The Consortium) has merged corporate power and state control in an ever-expanding police state that masquerades behind the illusion of freedom. They’re wondering how much they can parade before you and get away with before the mass of the people finally understands what has happened but it’s starting to look as if it’s too late. The masses are polarized into seemingly opposite camps, which are controlled by the same forces and played off against one another in the ages old technique of divide and rule. The media plays a significant role in this polarization process and has become nothing more than the propaganda arm of the Consortium network if indeed, it was ever anything but the mouthpiece for the so-called elite.

Ever since the orchestrated events of September 11, 2001[3], the march towards a total police state has continued unabated and the open-ended wars have escalated exponentially. Police forces across the US have become completely militarized, heavily armed and equipped for urban combat. The police have become the standing armies that many of the founders warned about. James Madison once claimed:

“In time of actual war, great discretionary powers are constantly given to the executive magistrate. Constant apprehension of war, has the same tendency to render the head too large for the body. A standing military force, with an overgrown executive will not long be safe companions to liberty. The means of defense against foreign danger, have been always the instruments of tyranny at home. Among the Romans it was a standing maxim to excite a war, whenever a revolt was apprehended. Throughout all Europe, the armies kept up under the pretext of defending, have enslaved the people.”

This is precisely what has happened with the never ending “war on terror,” launched solely as a result of the 9/11 events. This open-ended war is a masquerade for empire building and the procurement of strategic lands that are rich in natural resources under the guise of fighting terror. It is a scam that has caused untold misery and by now has claimed well over a million lives.[4] 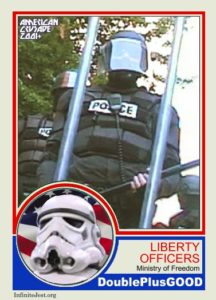 While the polarized herds fight each other over manufactured illusion and engineered division, the war machine expands and the militarization of police forces domestically increases dramatically. The Donald has recently announced his plan to send more troops to Afghanistan in this long-standing, open ended war.[5] At the same time, he lifted a ban on the transferring of military gear to police forces, which will aid in the further militarization of an already militarized police.[6] This decision would allow local police agencies to access heavy weaponry, including grenade launchers.[7] All to keep you “safe and free” of course. 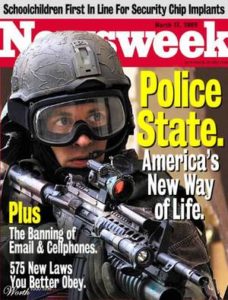 There has been a massive increase in police brutality across the US as the iron grip of tyranny tightens its grasp around the necks of the people. In far too many cases, police have murdered unarmed civilians and gotten away with it. Every now and then, police do get charged, as in the case in Louisiana, in which cops open fired into a vehicle with a hail of gunfire that subsequently killed a 6-year-old autistic child[8] but far too often, cops get away with murder as with the case of Eric Garner, a NYC resident who was choked to death by a cop while being arrested for selling untaxed cigarettes.[9] Even though it is prohibited in New York City police protocol to place a suspect in a choke-hold, a grand jury decided not to indict the cop responsible for killing Garner.[10]

This has been happening ever increasingly and is not just a few isolated incidents as it appears that the real war is being waged against the American people. The statists that clamor to “support the police” or to go out and vote for some master every four years are absolutely clueless and completely devoid of any semblance of historical understanding and either cannot or flat out refuse to see it repeating before their very eyes. I don’t know how to soften this or say it gently, and I know that in this pussified climate of infantilism and politically correct language that people may get offended but so be it: if you look to some outside authority to lead you instead of trusting your own inherent guidance, then you are a fucking slave! Plain and simple. You are a cognitive slave to the designs of tyranny and your refusal to deal with the situation only condemns your children to a future of despotism. 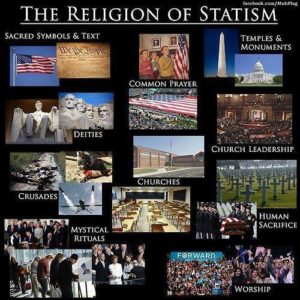 If you attempt to inform the average person amongst your peers of this situation, most likely you will be met with blank stares or complete denial but if you bring up football statistics or who is fucking who in the latest, Hollyweird, celebrity scandal, then you’ve really got their attention! It’s a sad state of affairs when people would rather focus on irrelevant nonsense than take an honest look at what is occurring all around them and willingly remain in ignorance as opposed to getting educated and informed. It’s just far easier to remain a cognitive slave than it is to think and become aware. “I can accept cops murdering with impunity.” “I can accept the TSA molesting people at airports.” “After all, they are keeping us safe from terrorists!” No! They are the fucking terrorists! 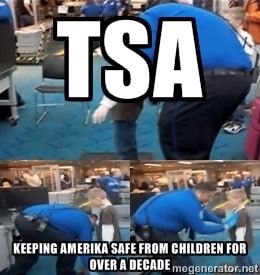 Speaking of the TSA, this agency was put into place directly as a result of the 9/11 attacks and its purpose is not to protect citizens but to desensitize them into accepting infringements upon their freedoms. There have been numerous reports of TSA agents harassing people, including the elderly and disabled, even children[11] and also several incidents of agents robbing people’s personal belongings.[12]

Americans have accepted infringements on their freedom in exchange for the illusion of safety. They have accepted massive surveillance technology being implemented everywhere, no-knock SWAT team raids that have killed many innocent people,[13] entire cities being placed in lockdown and martial law, as with the aftermath of the Boston bombings,[14] the passing of freedom-destroying legislation such as the NDAA, which basically makes everyone a suspect, the skies being filled with spy drones and the massive militarization of domestic law enforcement; in short, they have embraced with open arms, an invasive, technological police state.

While the grip of oppression tightens in America, the war drums beat and the saber rattling continues under the current administration as it advances the neocon agenda, setting its sights on Iran and North Korea.[15] By executive order, economic sanctions have been imposed upon Venezuela,[16] which I’m sure has nothing to do with the fact that it contains the world’s largest oil reserves.[17] Iran is number four on the list, which I’m certain is also purely coincidental. Meanwhile the corrupted, completely bought-and-paid-for misleaders in the district of criminals, continue to support Israel and Saudi Arabia, two of the most brutal regimes on the planet. The Donald has already shown his allegiance to AIPAC and the CFR so what else would you expect than the continuation of the agenda set into place by the Consortium and carried out by his predecessors?

To those who are opposed to Trump but believe that Obama was any better, you have fallen for the divide and rule game. You have been polarized and cognitively manipulated to believe that there is any difference between the puppets that are placed into the CEO position of corporate America, there isn’t! One serves the left, one the right but both the left and right are controlled by the same ruling oligarchs. I read a comment by an Obamite on social media, thanking Obama for his “leadership.” Praise your oppressor! The corruption of that miscreant knows no bounds and in fact, he holds the record for most people drone-bombed while simultaneously holding a peace prize. 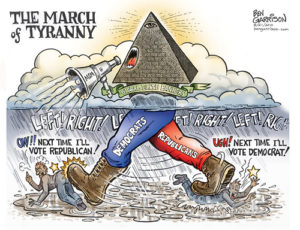 George Soros, the billionaire, ultra-left, Fabian Marxist, who was responsible for funding the Ukraine crisis,[18] and is behind organizations such as Black Lives Matter and Antifa, loaned millions to Trump in a construction project to build a skyscraper in Chicago.[19] They all serve the same agenda and the sooner that Americans wake up to this and stop allowing themselves to be divided over manufactured illusions, the better off we will be. As the late. Great comedian/social commentator, George Carlin so aptly put it: “it’s a big club and you ain’t in it!”

The jewel in the crown for the Consortium oligarchs is a completely monitored, technotronic, high-tech, surveillance grid, totalitarian super-state which is in the final phases of its full implementation. The evidence stares us in the face and the fact that the majority would rather remain within cognitive, arrested development and complete denial to this painful truth simply allows the grip of tyranny to tighten like a barbed-wire noose around the necks of the gullible. So, while you remain distracted with NFL players kneeling, historical monuments being defaced or removed, the latest mind-numbing TV program, or any other myriad of distractions in this culture of bread and circuses, your freedom is stolen in the wake of stage managed crises or yet another state sponsored, false flag operation. 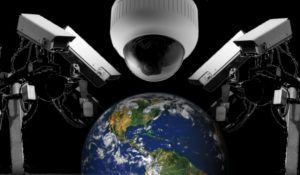 Will you take back your mind and remove your consciousness from the maze of cognitive illusions or simply accept without protest the destruction of your freedom? Will you come to the realization of the mind game that has been played upon humanity and open your eyes to the agenda that is playing out, or simply continue on down the dead-end road to oblivion? Will you shed the false notion that you are powerless, transcend the victim consciousness and stand in the light of your full potential or is it game over as your country implodes all around you?

The choice of course is yours to make and it’s always far easier to remain asleep than to accept things the way that they are as opposed to how you wish they were. I believe that there is still time left to get informed and take the necessary steps to evolve one’s consciousness but the clock is ticking and time is running out…Walk in peace. 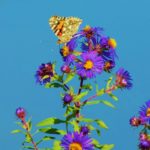 Deconstructing OZ: Episode 2/The Vegas Shooting What Are They Up To? 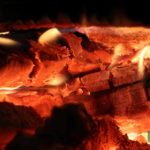 Deconstructing OZ: Episode 3/ Tavistock Institute~The Ones Who Run Your Life 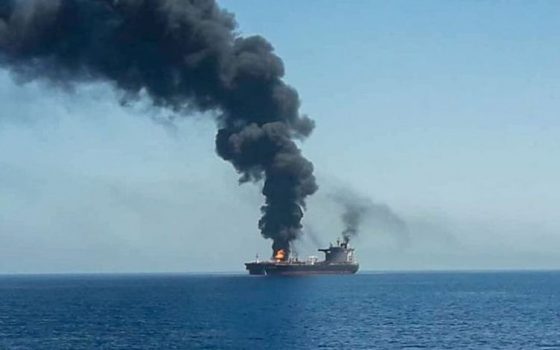 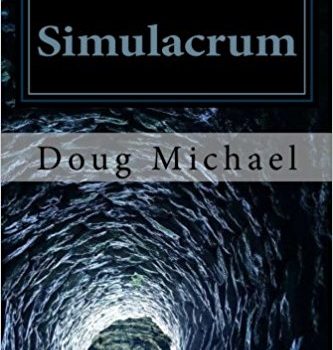