A Filth Pit of Maggots and Vipers

Yet again, the oh-so-holy Catholic Church finds itself surrounded in scandal. What a surprise eh? I recently came across yet another report involving the church and while reading it, I could barely contain the vomit from rising in my throat. I was raised in the Catholic tradition and even as a child, I never really identified with it. I consider myself a recovering Catholic. 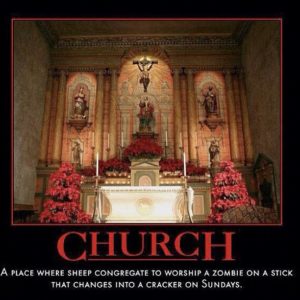 Around the year 2000, I became aware of the massive child abuse and pedophilia scandal involving the church and was absolutely disgusted at the discovery of it, and rightly so. The fact that it only keeps increasing as time goes on makes it even worse. Becoming aware of the crimes, wretched sickness and absolute evil of the church prompted a lengthy study into its history and what I learned was enough to purge all of the remaining remnants of that diseased ideology from me forever. 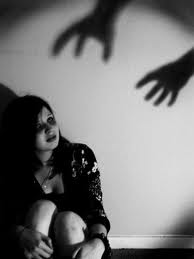 The Church of Rome has left behind a trail of blood and tears that spans the ages. Countless children’s lives have been destroyed at the hands of deviants and the criminal maggots that engage in these horrific and vile crimes against humanity are very often not even held accountable for their sick and sadistic actions. In far too many cases, the church protects the wretched creatures that engage in these disgusting and appalling crimes[i] and in my mind, anyone who rapes a child should at the very least be chemically castrated; however, a bullet to the back of the head would be a hell of a lot cheaper and far more effective! 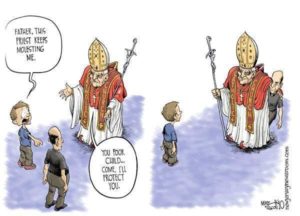 What truly amazes me, is the staggeringly comprehensive level of denial that people will dwell within rather than accept the painful truth that is glaringly obvious. That is called conditioning and psychological programming. When that programming is upset, you know, with little inconveniences like the truth, it tends to send most people into breakdown mode, all according to a specific strategy I can assure you. The mind seems to rebel at the idea that it’s been lied to and misguided so completely; it seems to be an unusual quirk of human psychology. Why do we so blindly cling onto what we have been taught and encouraged to believe? What is this odd phenomenon of blind acceptance? Do you ever ask yourself these important questions? Or are you too busy being a servant to traditions, indoctrination, perceptual constructs and bogus ideologies? 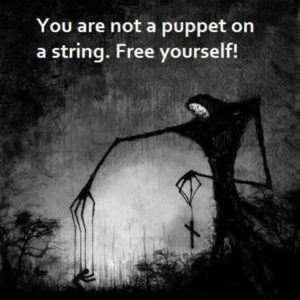 As I detailed in my article: “Saved by the Sword,”[ii] the church devised and/or adopted the most sickening and inhumane methods of torture ever conceived. Their “conversion” methods consisted of the most sadistic and hideous acts of cruelty you could imagine. The criminal activities continue to this day and the Marxist, Jesuit front man, Pope Francis, has protected pedophile priests providing clemency to the subhuman deviants, as did his predecessor, Cardinal Joseph RATzinger, Pope Benedict. It’s just so sickening to me how an historically corrupt and criminal institution hides behind the mask of piety preaching “God’s word” from their pulpits of filth.

The scandals involving the church are widespread and numerous and are occurring all of the time, and still, over a billion people will thoughtlessly follow, turning a blind eye to the corruption, decadence and criminal activity, willingly ignoring the maleficence and abject evil that the church routinely engages within. With the massive exposure of corruption, especially in recent years, I cannot understand how people will look away and still blindly follow these people as if they are “God’s chosen representatives.” This is a prime example of staying firmly rooted within one’s cognitive fortress. I’ve been criticized and vilified simply for pointing out these crimes but people need to understand that I am not attacking them personally for following whatever reLIEgion they choose to. Look away and kill the messenger seems to be the operational mode of far too many. 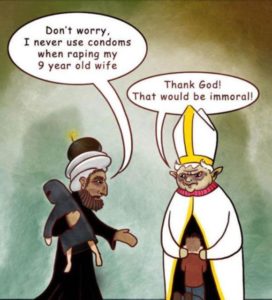 In July, 2017, Occupy the Vatican reported that detectives discovered an “unprecedented” amount of child pornography within the Vatican.[iii] Apparently, Archbishop Josef Wesolowski was named as one of the accused in possession of child pornography, including over 100,000 images and videos of children being forced to perform sexual acts.[iv] It was also reported that this maggot had sexually abused children in Poland and the Dominican Republic. The church placed Wesolowski under “protective house arrest,” but he died mysteriously before the case made it to court.[v] 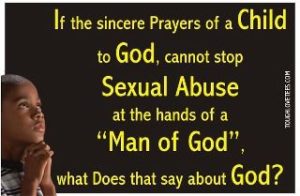 Child sexual abuse is not the only scandal that has been uncovered involving the church but it is truly the most disgusting and heartbreaking one. In 2014, it was reported that 14 condoms filled with cocaine, which were addressed to the Vatican, were intercepted by German customs officials.[vi] 340 grams of liquid cocaine, with an estimated street value of over $55,000 were seized at the international airport in Leipzig.[vii] 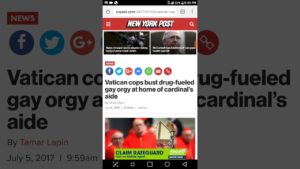 To date, the Catholic Church has paid out some $2.7 billion in child abuse lawsuits, with an estimated 100,000 victims in the US alone.[x] Let’s not forget the money laundering scandal that broke in 2013, in which the Vatican bank was involved in an attempted smuggling operation of $26 million,[xi] or the P2 scandal in which criminal Freemasonic lodges and the Vatican were involved in money laundering for the Mafia and several murders.[xii] 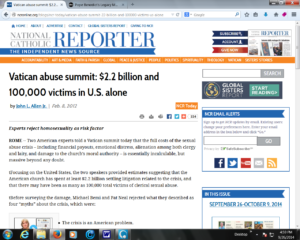 The church is an historically violent and corrupted institution that has left behind a trail of death that spans the centuries. It is a filth pit of maggots and vipers that has destroyed the lives of innumerable children. It is a scourge and a plague upon humanity which engages in disgusting criminal activity and protects the criminals. How much evidence do Catholics need before they step back and examine the authority they give their minds away to? Where is this “god” of yours that cannot even protect innocent children? Is he out to lunch? Does he even exist? Well, if he does, he is certainly not all powerful, and if these corrupted creatures of the Vatican are his representatives, then he is in no way worthy of any veneration at all! 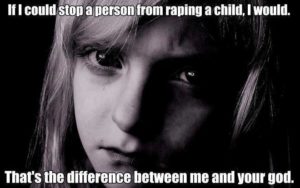