Come on in, step right up, the freak show is about to begin and ALL are welcome! There’s something for everyone in the manufactured illusion, the wasteland of the surreal. Thrills, chills and glittering prizes, life, death, exaltation and suffering. Tickets please, tickets! That’ll be one soul. Ahh, come right in child, come and experience the cornucopia of insanity, the Earth game, the Carnival Outré. 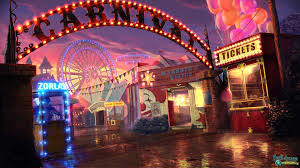 Ideologies, I’ve got ideologies for sale; religious, political, social and more! Oh, I see you’re interested in statism; it comes complete with false patriotism and misdirected pride at no extra cost! That’ll be one mind kid! Here’s your flag; cloak yourself in the symbol of oppression! Don’t forget to throw flowers at your enslavers. 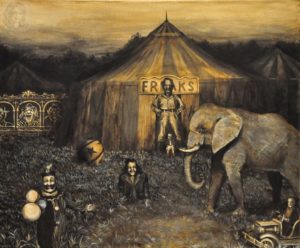 Yes, religion, a fine choice! Give away your power willingly to external authorities and keep your mind in servitude to the deity of your choosing. Suffer now for the promise of everlasting life. Condemn and kill your brothers and sisters in the name of the blood-drenched god. 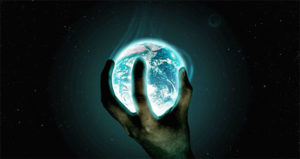 Distractions! Distractions of every stripe; pop culture, entertainment, war, media and gladiator games. Revel in the madness! Embrace the decadence, bathe in the blood of your brethren and drug yourself into submission. All things are allowed in the Carnival Outré, the playground of the insane.

Politics! Politics! Many blood sucking creatures to choose from! Come one, come all, step up and choose your jailer. 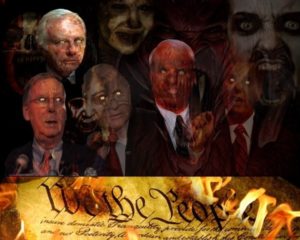 The virtual reality game is ending; the inmates have taken over the asylum; see the grand finale in circus tent three; the extinction of man. Oil the gears of the machine with the blood of your children. Engulf yourself in the decadence. Witness the lunacy; the simulacrum of the carnival outré! 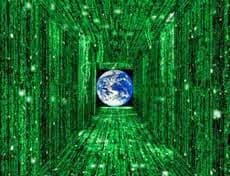 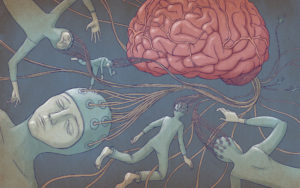 The more you allow the contorted ways of the circus to define who and what you think you are, the greater the prizes to satiate your senses. Do not ask too many questions as to the nature of the carnival; dissent will not be tolerated. 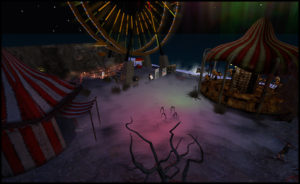 Let the spell weave itself around your consciousness, around your very essence. Let it define you, let it create you in its twisted image. Don’t be afraid now child; it’s only as real as you believe it to be. Ahh but so many do believe the circus is real; but it’s only a game set up to entrap your mind within its illusions. You can free yourself at any time. 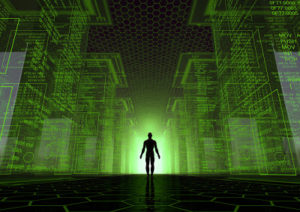 You can turn the circus into a grand, harmonious paradise if you wish or you can accept it as it presents itself and enjoy the downward spiral into oblivion. Good luck convincing your brothers and sisters that this game is not real. Oh, we laugh and revel in your blindness; we feed on the suffering that we have encouraged you to perpetuate. Your blind belief in our contorted reality only makes us grow stronger; we the orchestraters of the Carnival outré, the masters of deception and imbalance. We will guide the game, socially, economically, politically and ideologically. 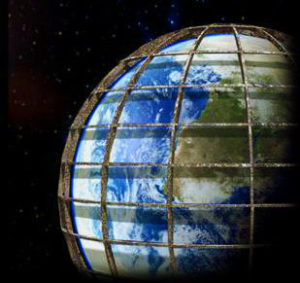 Entrance into the carnival requires that you forget. You must forget your connection to the all that is; you must forget who you are and from whence you came. You must forget that it is you who are the way-showers. You must take on an ego, and allow its veil to obscure the understanding of your true greatness, magnificence and divinity. You must not remember. 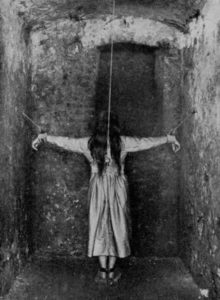 The alarm bell is ringing now as the final curtain falls. Will the play end as a tragedy? The thing you must never remember, is that it is entirely up to you. You can change this any time that you wish, but we discourage it and you will be met with pain, frustration and hardship if you attempt to alter the circus. We fear your power and abilities and we are ravenously jealous and envious of your infinite potential. 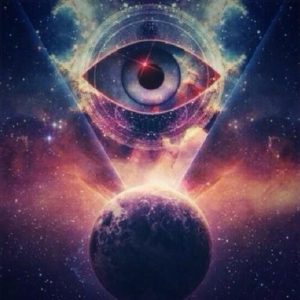 The carnival of the bizarre is an exquisite teaching machine; a program of learning but we prefer you only accept our gifts; the ones that cater to your baser instinctual desires and survival drives. We have many to choose from.

Watch as we divide the players against one another and corral them to the slaughter. Transcendence of this madhouse brings unmeasurable rewards but we are betting that you will not be able to. In fact, we are counting on it! 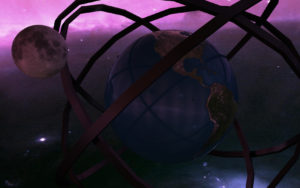 Ahh, you are a brave one! You have chosen entrance into the carnival outré. Come right in!

3 thoughts on “The Carnival Outré”

Support the show
Every little bit helps keep this alive. Here are some ways you can contribute.
Become a Patron
Buy a book
Envelope
Facebook-f
Podcast
Copyright 2021 © All rights Reserved. Designed with ❤ by Sparrow Media